Under the motto «Membership has its advantages», Jaguar Land Rover 2018/2019 has carried out another European Circle campaign.

To keep potential customers in Europe up to date with news, developments and promotions around the new Range Rover Evoque, Jaguar Land Rover has created a «Circle» for the Evoque with the possibility to register via form.

vist was responsible for the programmatic, responsive implementation of the forms for seven markets. The corresponding domain registrations, as well as the provision of server peripherals including SSL certificates were another service within this project.

The registration and promotion forms are intended to directly address existing Evoque fans as well as new potential customer groups. Through this form of lead generation, Jaguar Land Rover hopes to tap into potential buyer groups as part of further CRM measures, as well as an increase in the conversion rate. 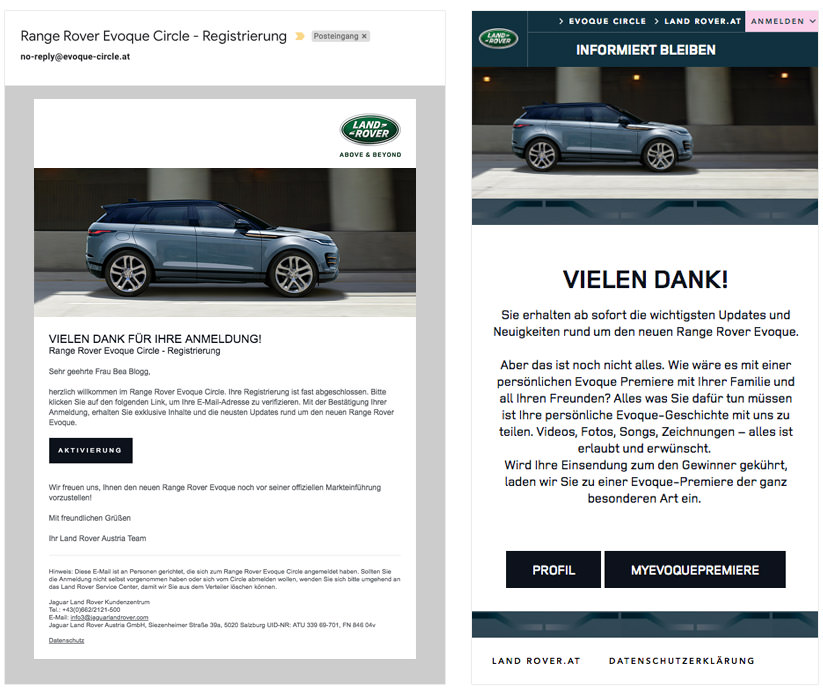 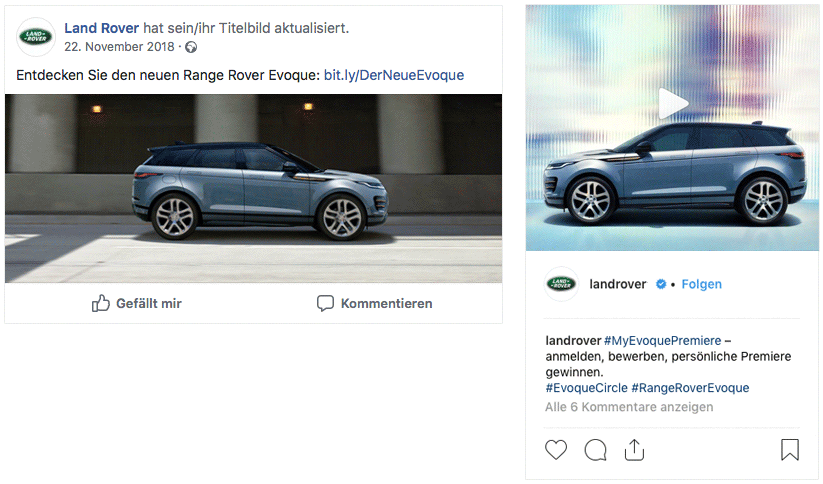 As part of the Evoque Circle, an online promotion called «Fan Story» was also implemented by us. The participants were offered the opportunity to submit pictures, videos or written fan stories via another online form. Doing so, the winner has the possibility of an exclusive Range Rover Evoque presentation together with some friends and an interesting event sponsored by Range Rover.

We use cookies to analyze the traffic of our website and to make it better. Our partners may combine this information with other information that you have provided to them or that you have collected during your use of the services. By continuing to use the website, you agree to the use of cookies. Hide